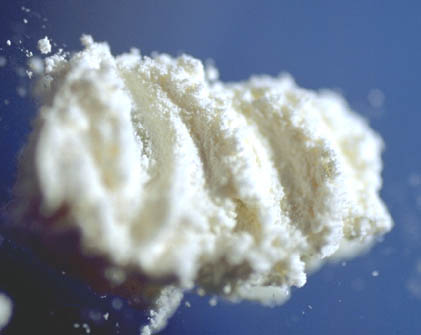 General Cocaine Facts:
Chances are pretty good that cocaine can be found in your purse or wallet. Cocaine users roll dollar bills (or any other denomination of currency they have) to create a cylindrical tube known as a “tooter” in order to snort the drug. The cocaine then remains on the money because it binds closely to the ink in our United States paper currency. FBI chemists have discovered that traces of cocaine can be found on almost every dollar bill in the United States. Hence most Americans handle cocaine every day of their lives.
Cocaine is a $35 billion illicit industry now exceeding Columbia's #1 export, coffee.
There are two basic chemical forms of cocaine: the hydrochloride salt and "freebase." The hydrochloride salt form of the drug is typically snorted and the freebase form is smoked.
Street names for cocaine include: blow, 'caine, coke, cola, freeze, snow (powder), base, rock (crack), blizzard, sleet, white lady, nose candy, soda, snow cone, blanco, cubes.
Cocaine is a stimulant and an anesthetic. Cocaine facts show that it speeds up the nervous system and numbs whatever human tissue it touches.
Cocaine Facts: Effects of Cocaine
Cocaine Facts: Cocaine Users