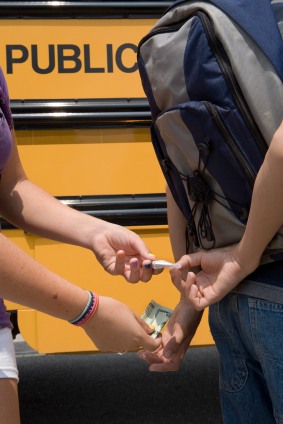 Teen Drug Abuse Facts:
Teenagers whose parents talk to them regularly about the dangers of drugs are 42% less likely to use drugs than those whose parents don't, yet only 1 in 4 teens reports having these conversations.
Alcohol is the most commonly used drug among young people.
Alcohol kills 6½ times more youth than all other illicit drugs combined.
Youth who drink alcohol are 50 times more likely to use cocaine than young people who never drink alcohol.
40% of those who started drinking at age 14 or younger later developed alcohol dependence, compared with 10% of those who began drinking at age 20 or older.
65% of the youth who drink alcohol report that they get the alcohol they drink from family and friends.
10% of teens say that they have been to a rave, and ecstasy was available at more than two-thirds of these raves.
Although it is illegal to sell and distribute tobacco products to youth under age 18, most underage smokers are able to buy tobacco products.
Underage drinking costs the U.S. more than $58 billion every year – enough to buy every public school student a state-of-the-art computer.
28% of teens know a friend or classmate who has used ecstasy, with 17% knowing more than one user.
By the 8th grade, 52% of adolescents have consumed alcohol, 41% have smoked cigarettes, and 20% have used marijuana.
In 2000, more than 60% of teens said drugs were used, kept, or sold at their school.
50% of high school seniors report drinking alcohol in the past 30 days with 32% report being drunk at least once in the same period.
Most people begin smoking as adolescents. Among youths who smoke, the average age of initiation is 12.5 years of age.
Traffic crashes are the greatest single cause of death for all persons age 6–33. About 45% of these fatalities are alcohol-related crashes.